Wempe, with 32 branches in cities all over the world sells fine timepieces and jewelry. In Glashütte, Wempe manufactures its own wristwatch chronometers of theGlashütte I/SA brand. Discover three new watches and the actual companies economic figures.

On the next three pages you can discover these four topics and see many, many live take pictures of the novelties …

Ten years ago Wempe decided to manufacture its own wristwatches again. In the companies history this was already successfully done before. The family-owned company, which is based in Hamburg and was founded in 1878, is headed by Kim-Eva Wempe (who was born in 1962) and has, as already mentioned above, 32 branches in cities all over the world, including New York, Paris and London.Wempe has been closely connected for generations with the renowned watch manufactures of Switzerland and Germany and today sells more or less all top watch brands.

In 2015 Wempe generated a turnover of 530 million Euro. The entire Wempe group of course! The year before 452,7 million Euro.

27,3 % of the turnover is generated by Wempe´s branches abroad.

The predictions for the second half 2016 are guardedly optimistic. Wempe expects to at least reach the results of 2014 (= 452,7 million Euro).

The watch is presenting the fifth Wempe manufacture calibre, CW 4, which is also Wempe’s first own self-winding caliber.

The case has a diameter of 41 millimeters and a height of 11.7 millimeters. Rounded flanks and downturned strap lugs contribute to the comfort and wearability of the Chronometerwerke Automatic watch.

The watch has a classic overall appearance based on the balanced proportions of the Golden Ratio, with the hour, minute and second hands located at the center.

A framed date display is positioned at three o’clock and is easily readable, because the date disc lies very close underneath the dial and so no shadows are cast on it. The excellent dial readability is reinforced by the distinct contrasts and long feuille hands, which extend across the haptic baton markers to the painted minute-track.

The sapphire crystal has an anti-reflective coating on both sides to prevent glints of light.

The stainless-steel variant has a matte silver dial with polished hour markers and is worn on a black full-cut crocodile leather wristband sewn in Germany. 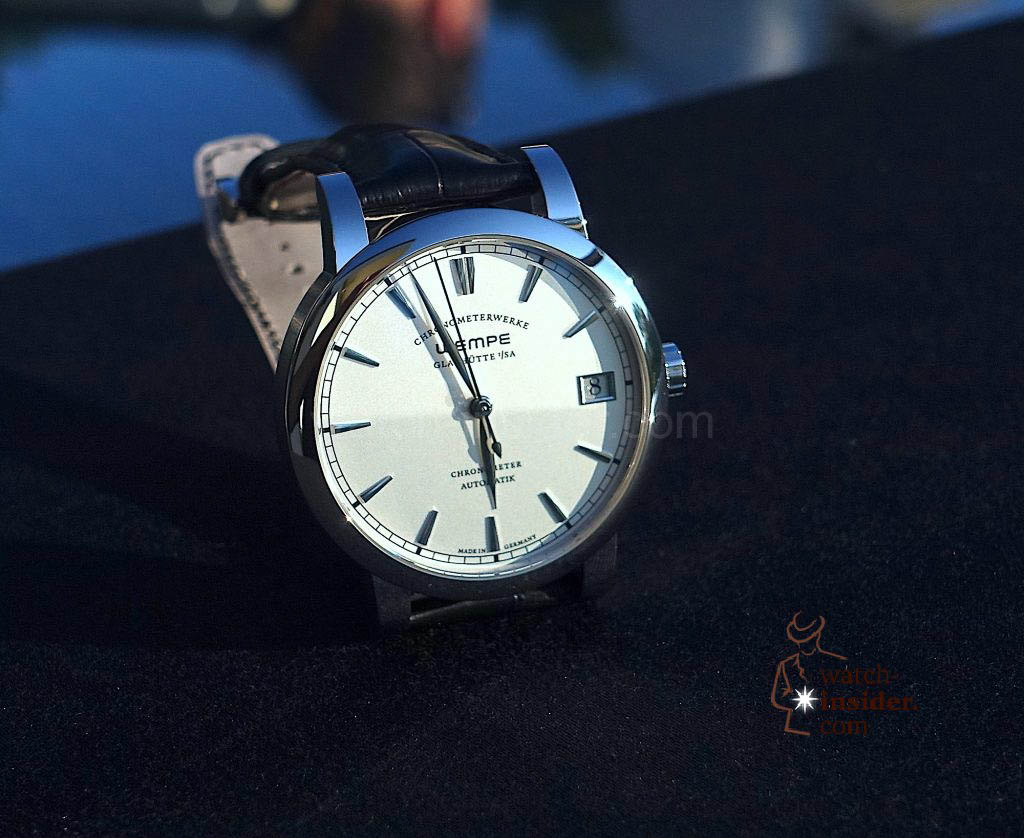 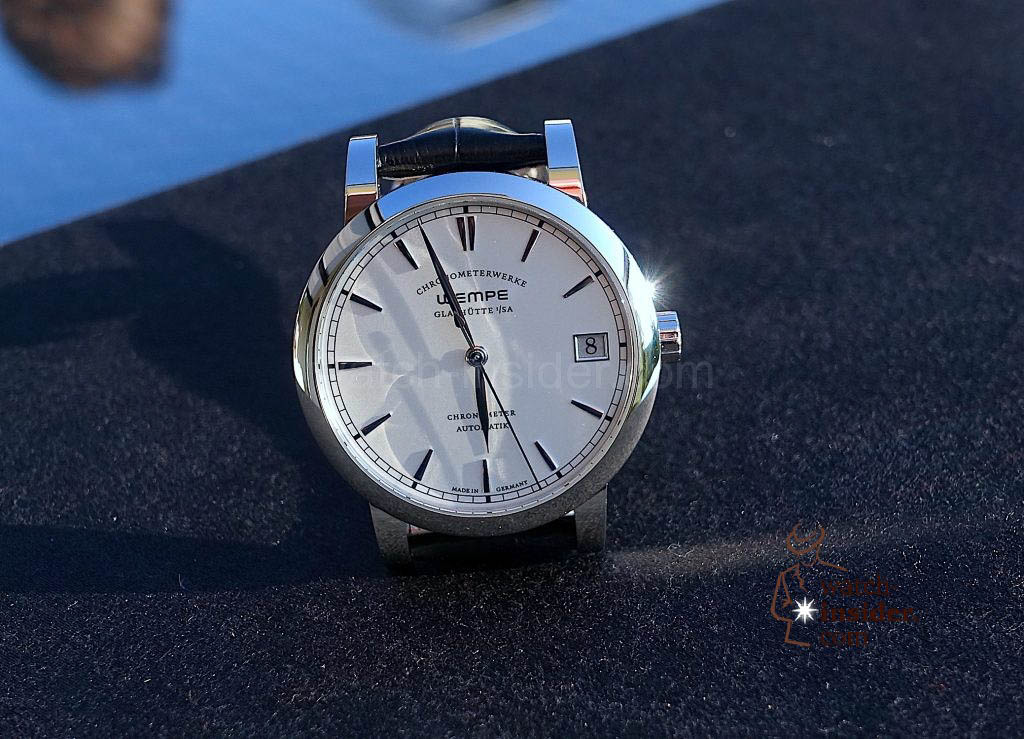 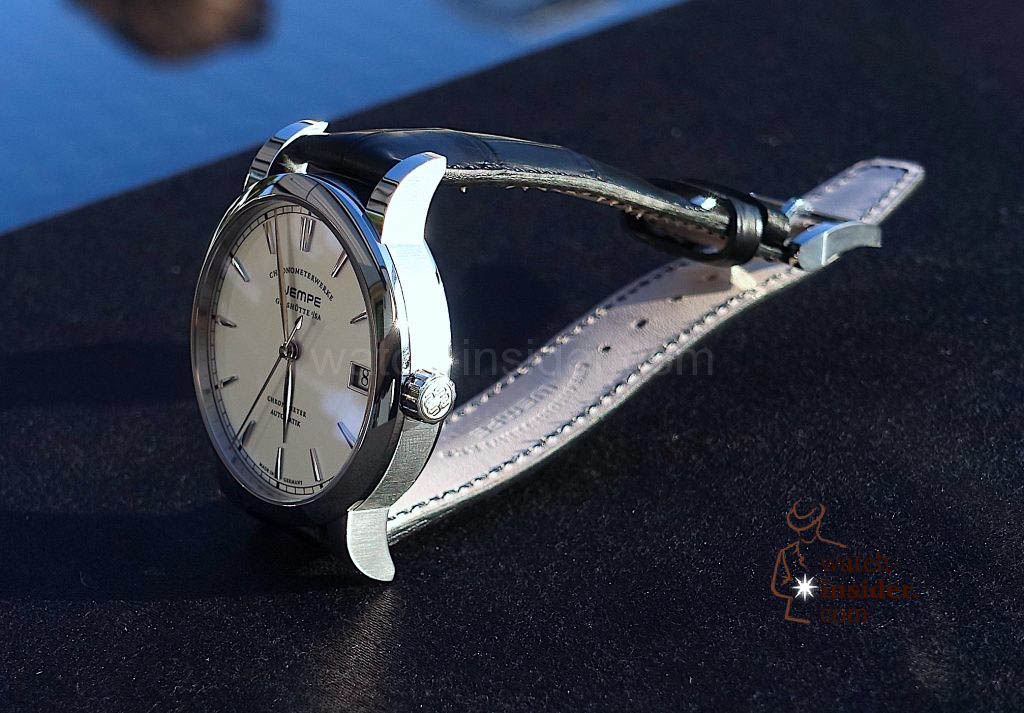 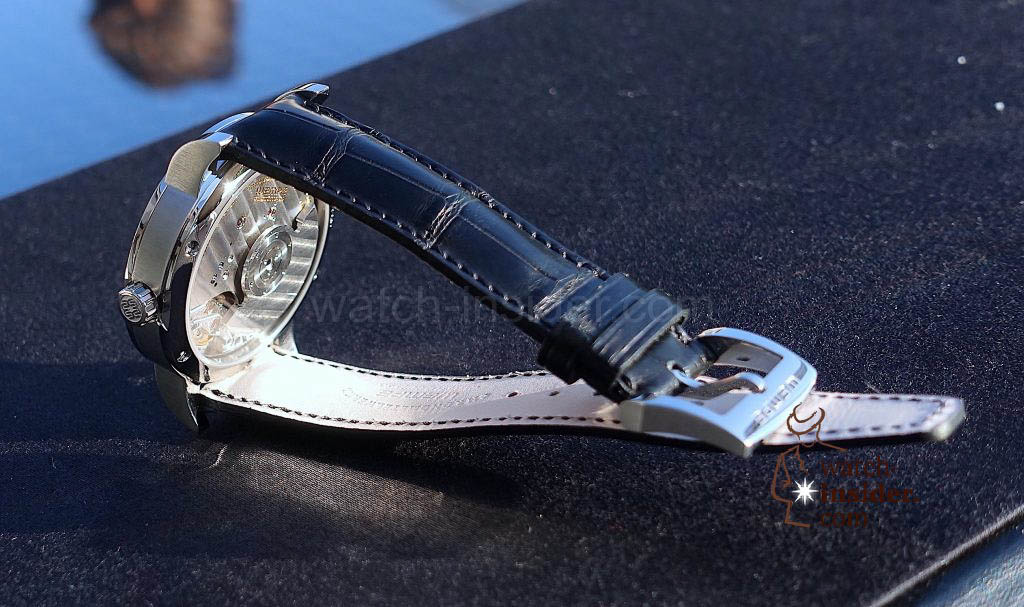 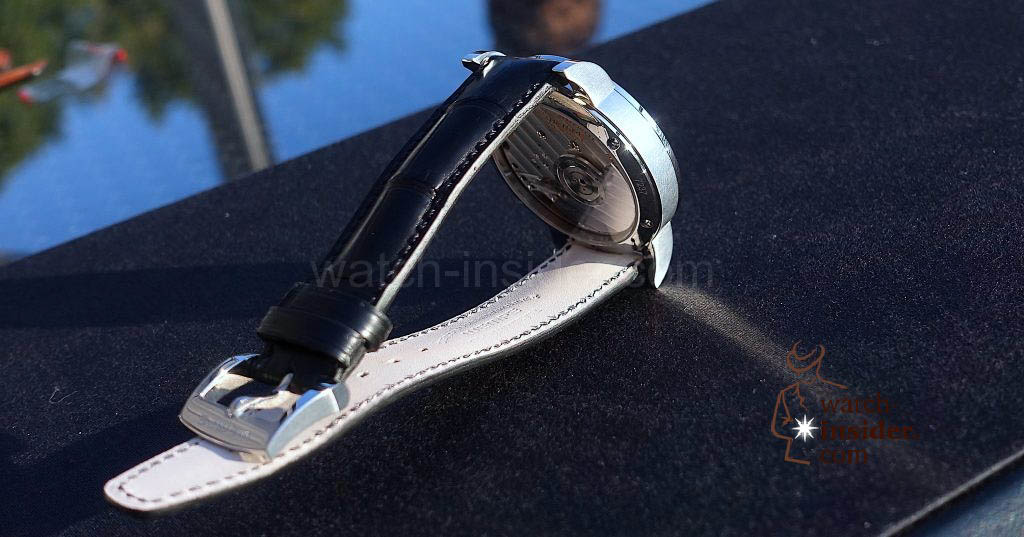 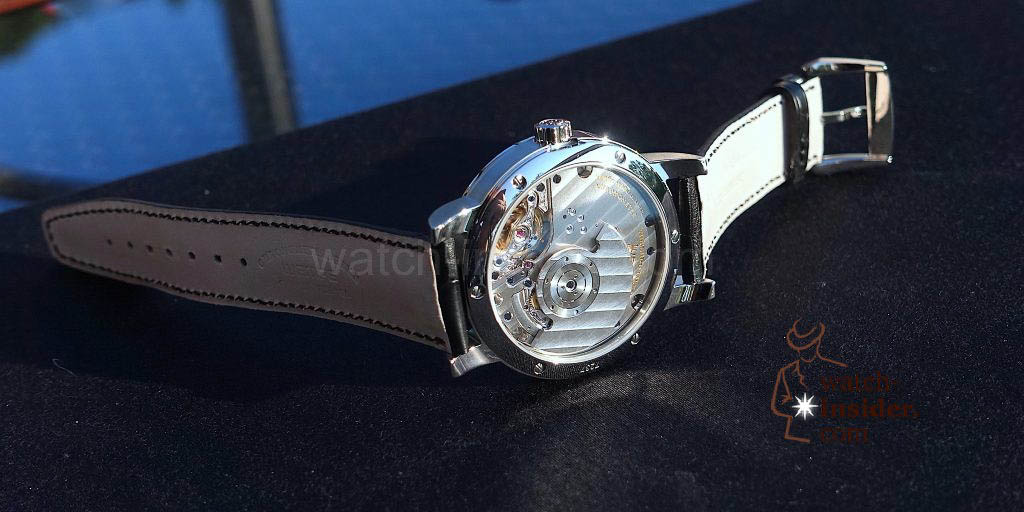 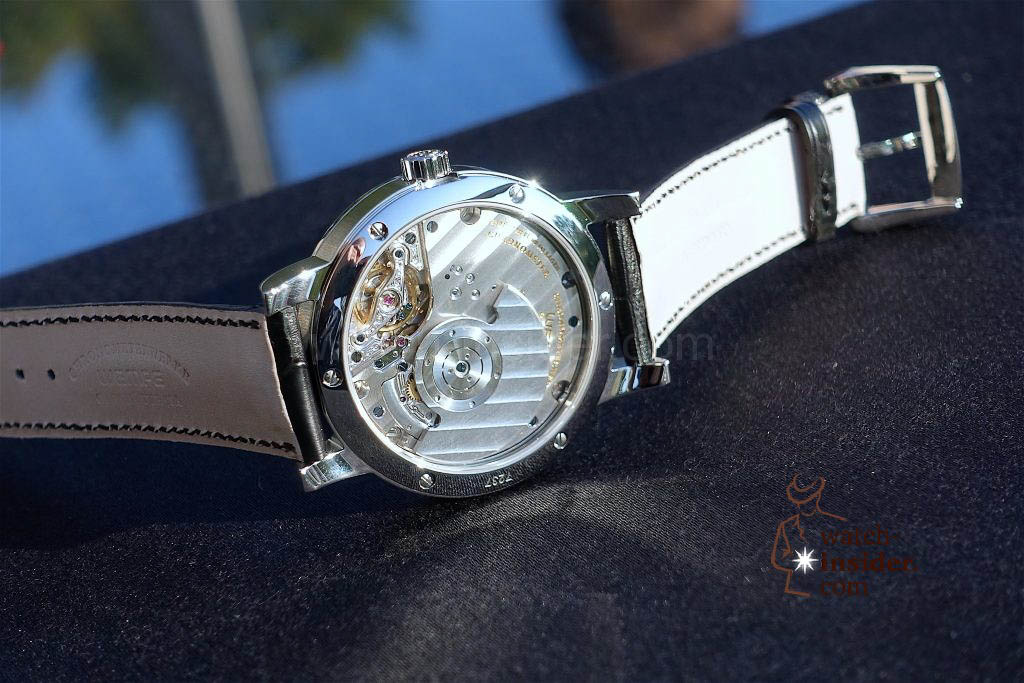 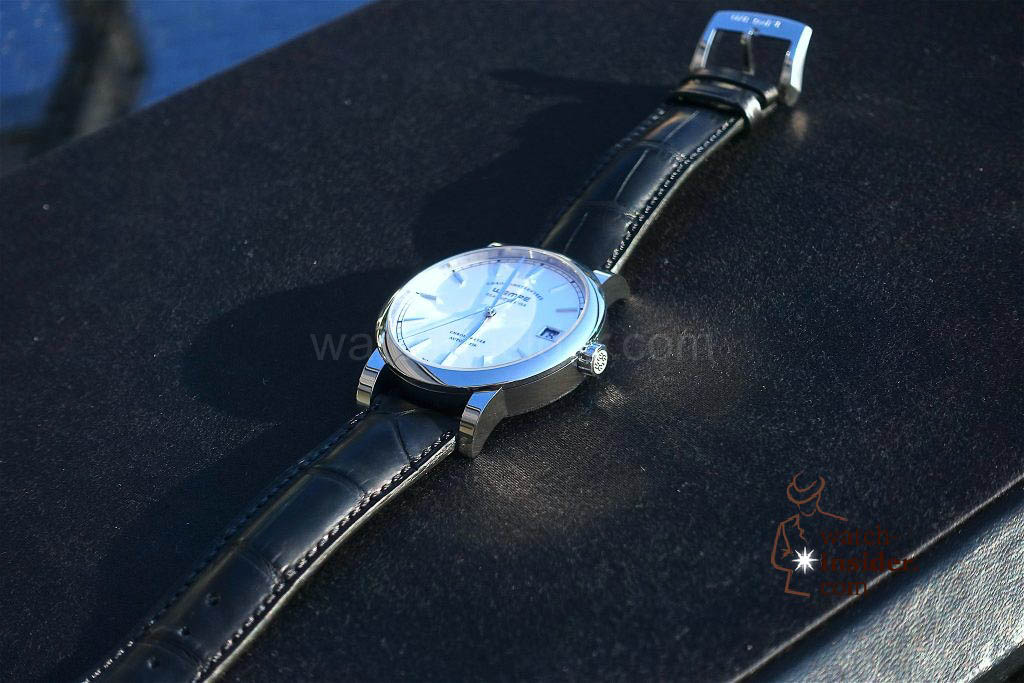 In the 18 carat yellow gold version, a 4N gold hue gives the watch an aura of quiet elegance. The silver dial is suffused with a matte champagne hue, and the polished hour markers are gold-plated.

This model is worn on a cognac-colored wristband of the same high-quality leather. 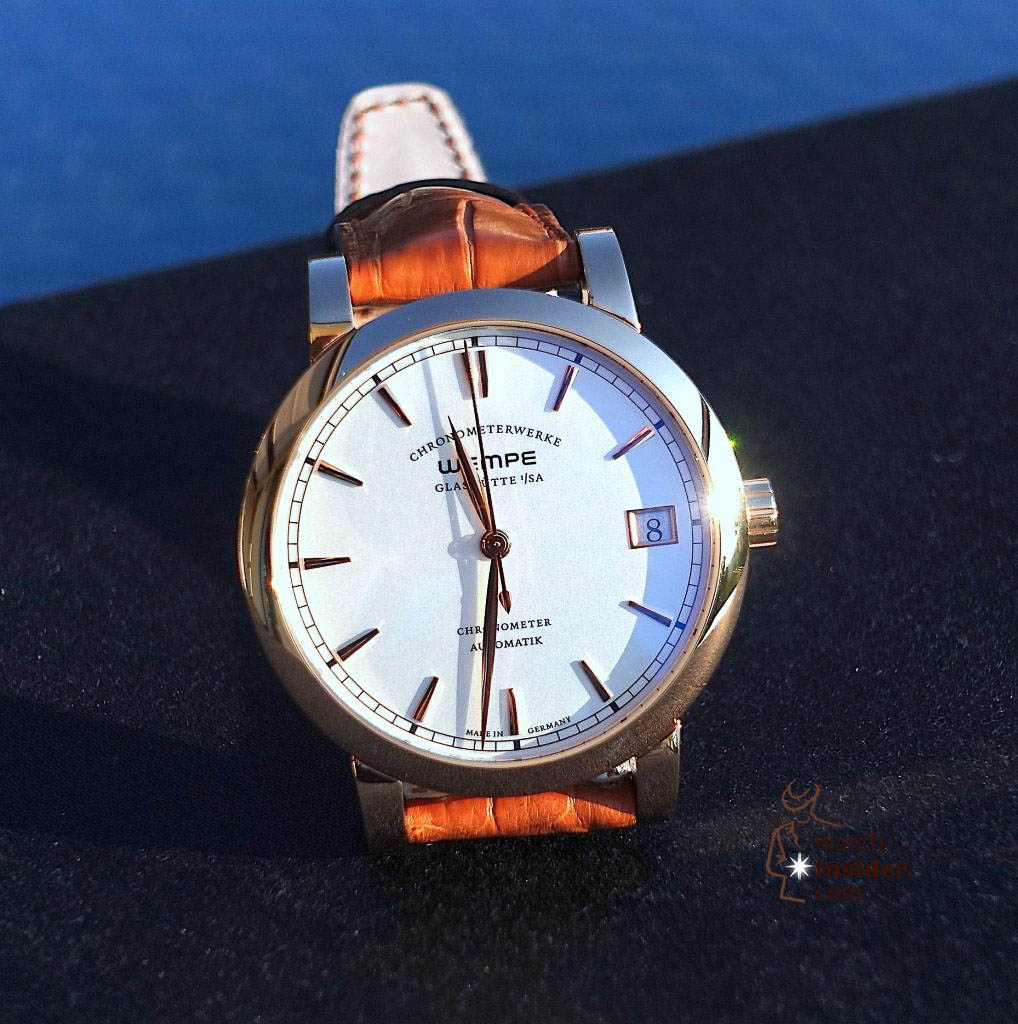 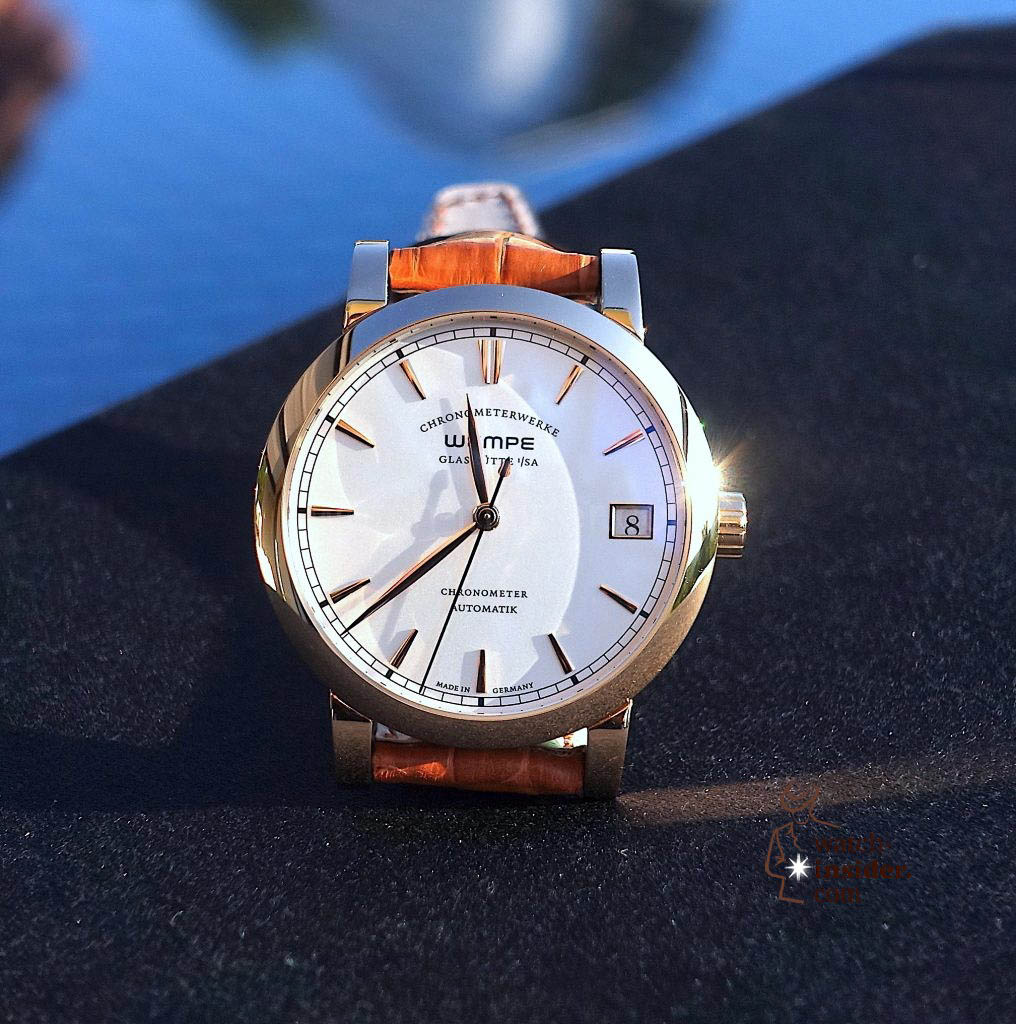 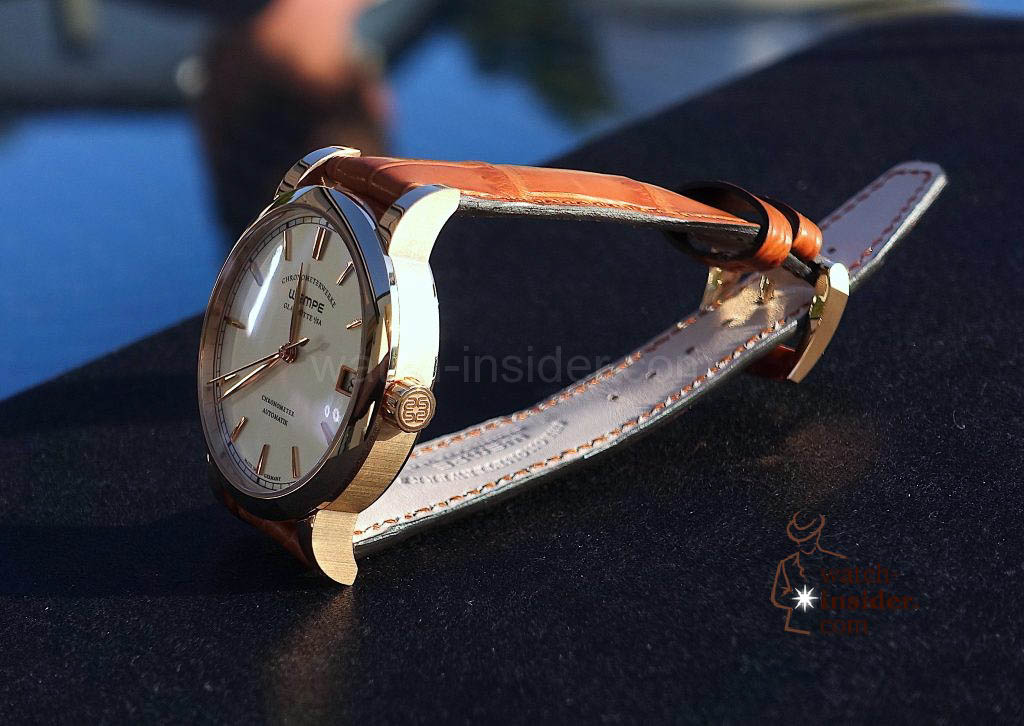 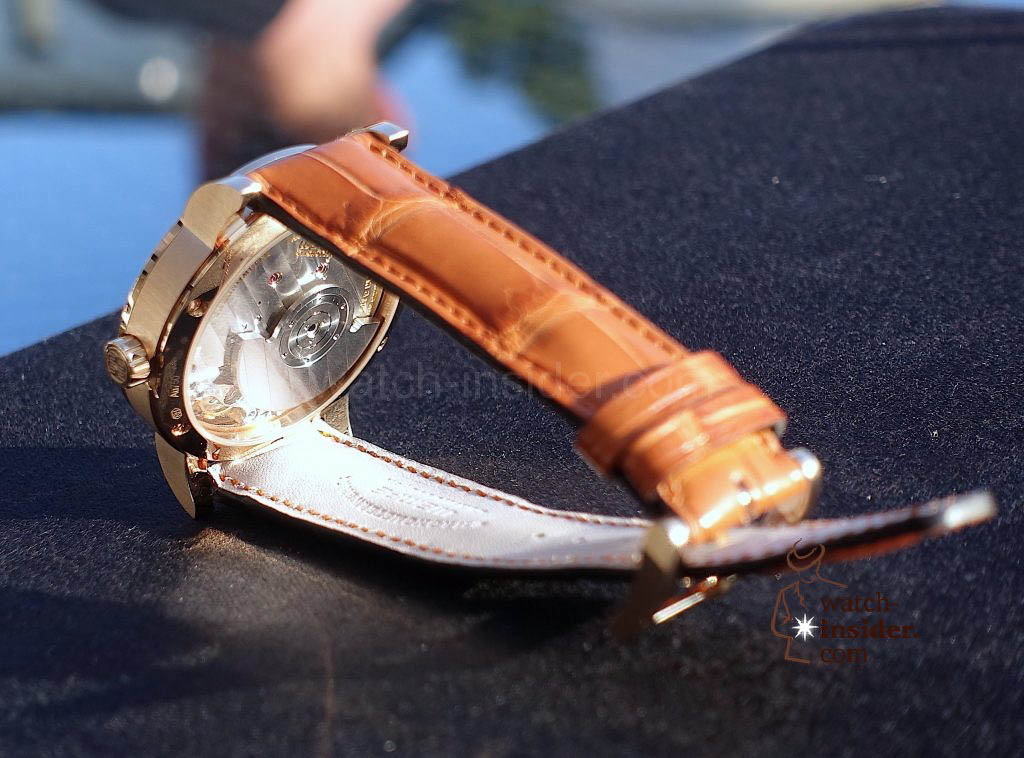 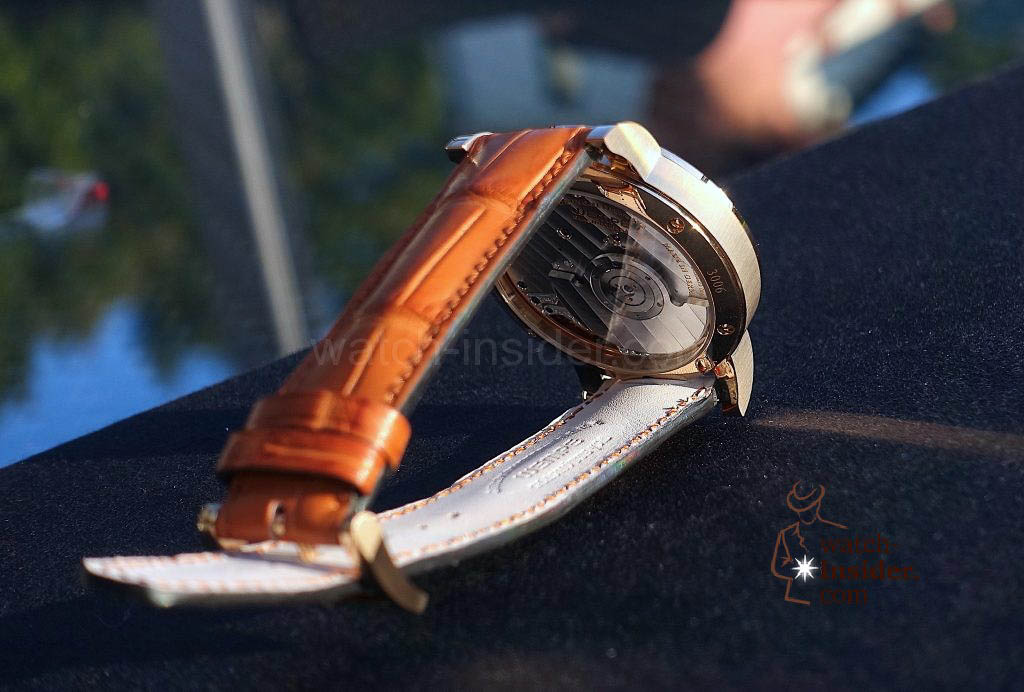 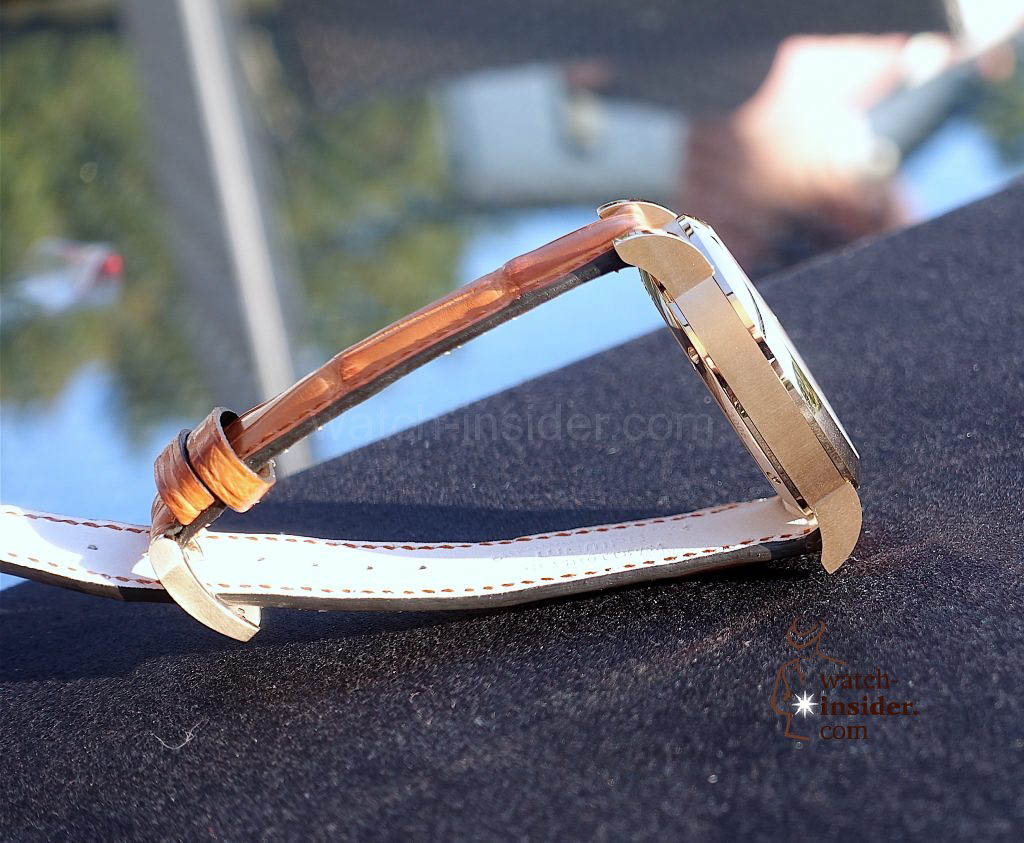 I simply like this new Wempe calibre! Therefore I show so many pictures of it … 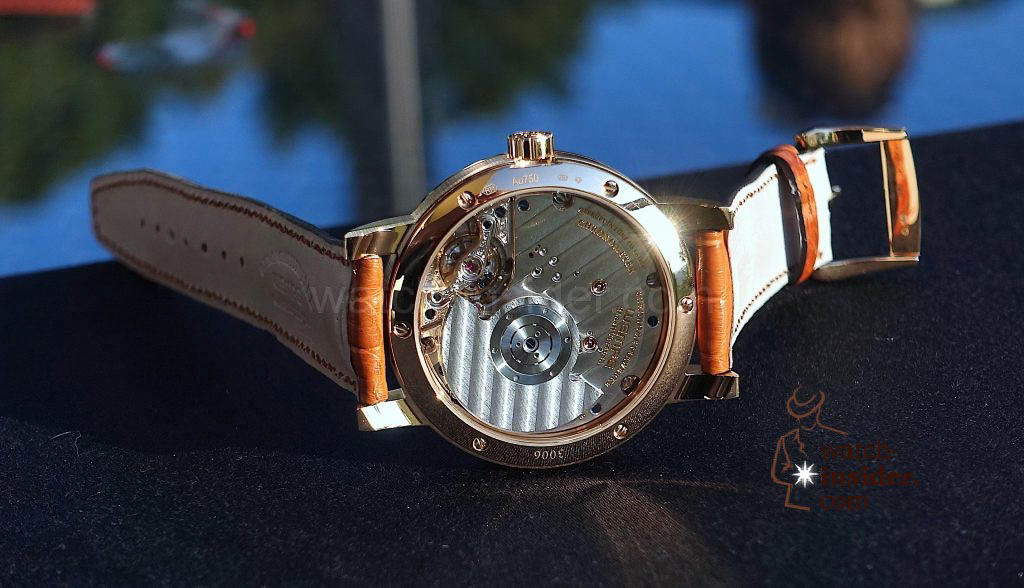 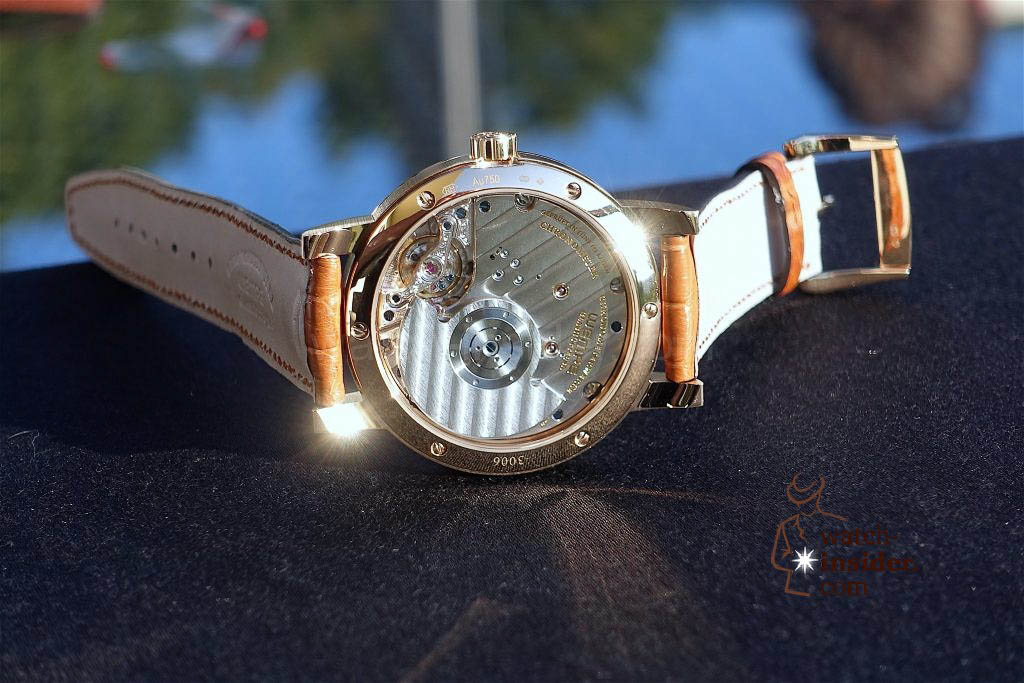 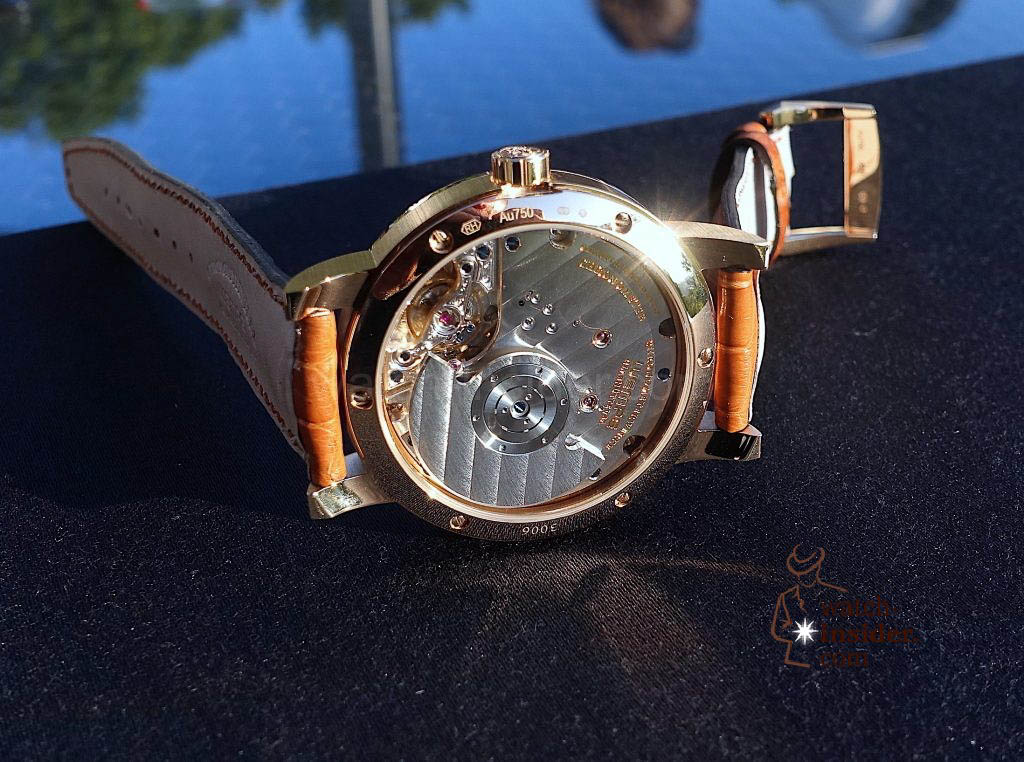 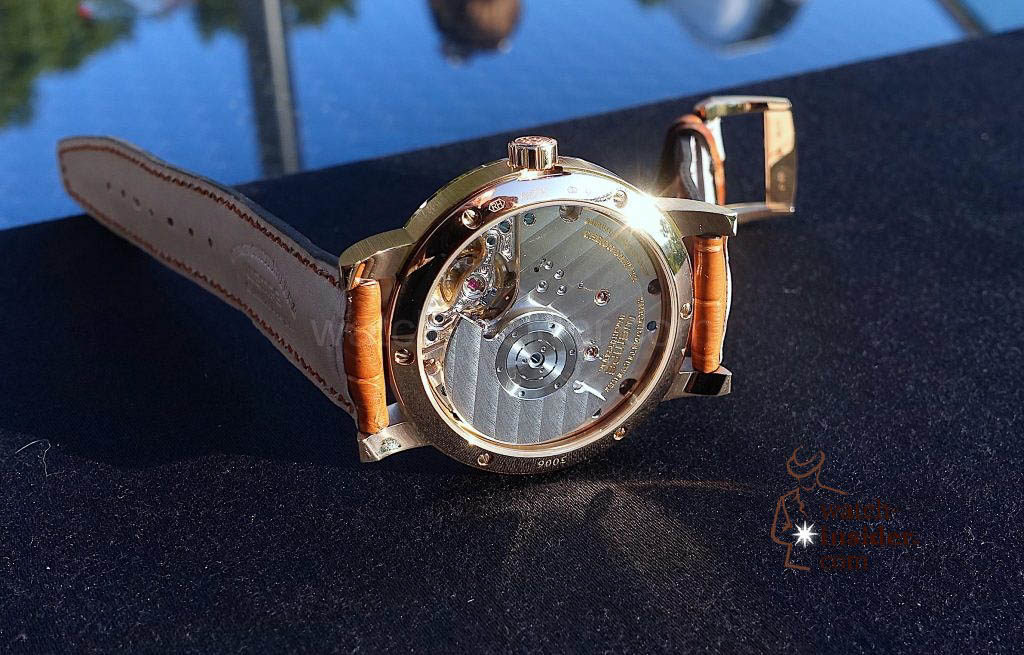 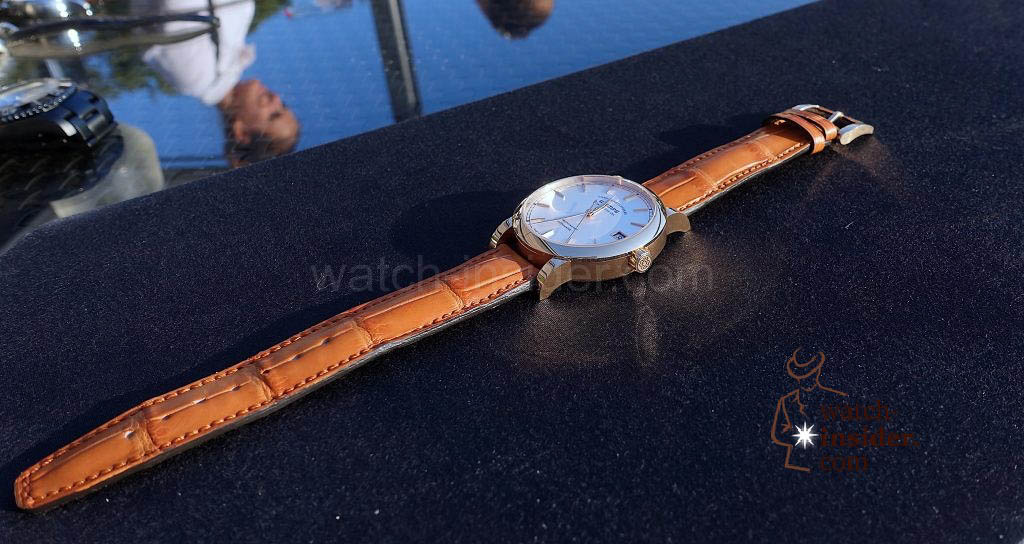 The self-winding Wempe calibre CW 4 is the fifth manufacture caliber of Wempe Glashütte I/SA. It drives an hour, minute and second hand as well as the date display. The exact time of day can be conveniently set with the stop-seconds function.

The Wempe CW 4 calibre will point the way forward for the Wempe wristwatch chronometers and is expected to serve as the basis for additional module variants. To ensure that the watch will have a comfortable power reserve even when extra features are added in the future, the development team considered it important for even the base CW 4 calibre to have an exceptionally large reserve. Thanks to twin spring barrels connected in series, the power reserve is 92 hours. The self-winding calibre CW 4 was designed by Wempe in collaboration with Soprod (= part of the Festina Group, http://soprod.com) and was in development for four years.

In a process that outdoes the already stringent Glashütte rule, over 50 percent of the components, including the typical three-quarters plate, are being made in this small town in Saxony. The movement is also installed and set in Wempe’s own Glashütte workshops.

The microrotor winds on both sides, and the use of solid tungsten ensures that it develops sufficient momentum. A characteristic feature of Wempe’s manufacture caliber is the location of the balance at seven o’clock. The finishing incorporates all the features of traditional Glashütte watchmaking: a manually engraved balance-wheel bridge, the three-quarters plate decorated with ribbing, six gold settings and blued screws.

To achieve optimal stability of the rate, a Swiss lever escapement is used. The balance with variable inertia moment oscillates with a frequency of 28,800 A/h (= 4 Hz), and the fine rate adjustment is executed so precisely that the accuracy of the watch earns it the German chronometer certificate (German DIN standard 8319). Thus the lettering on the dial includes not only the attribution “Made in Germany” but also the quality hallmark “Chronometer.”

Chronometry: German chronometer officially tested according to the DIN 8319 standard

Available at all Wempe branches worldwide starting in October 2016.

The two new ones … 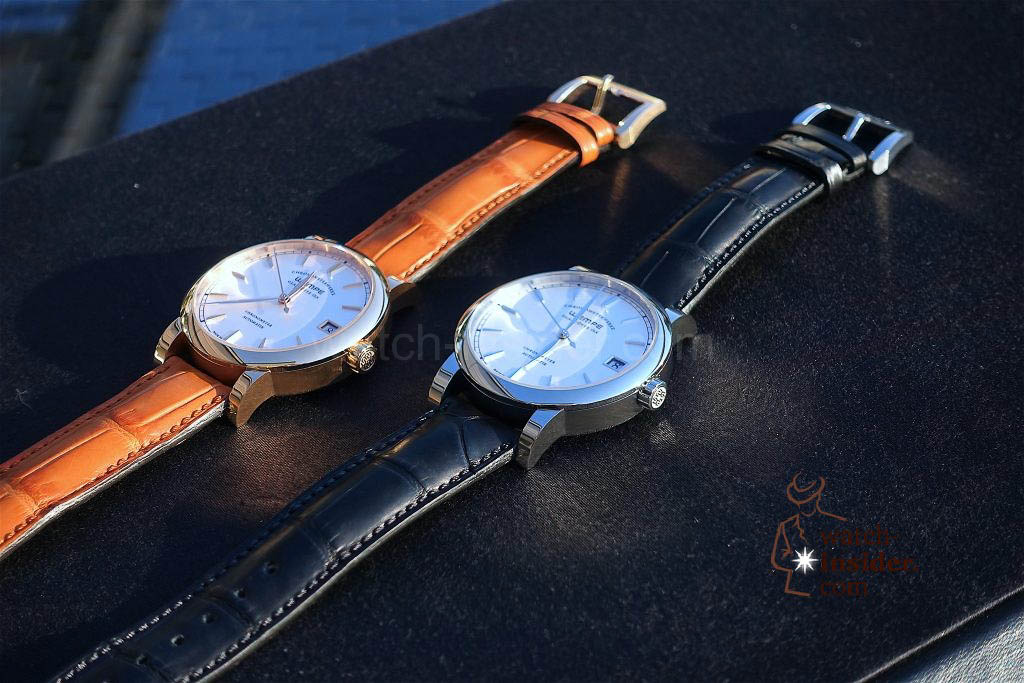 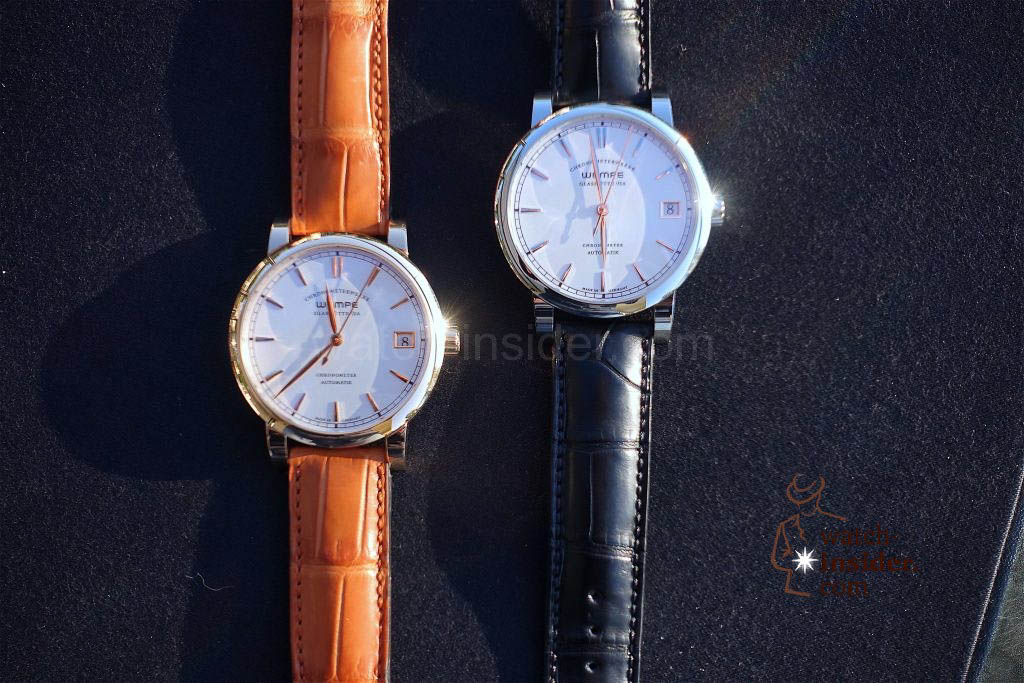 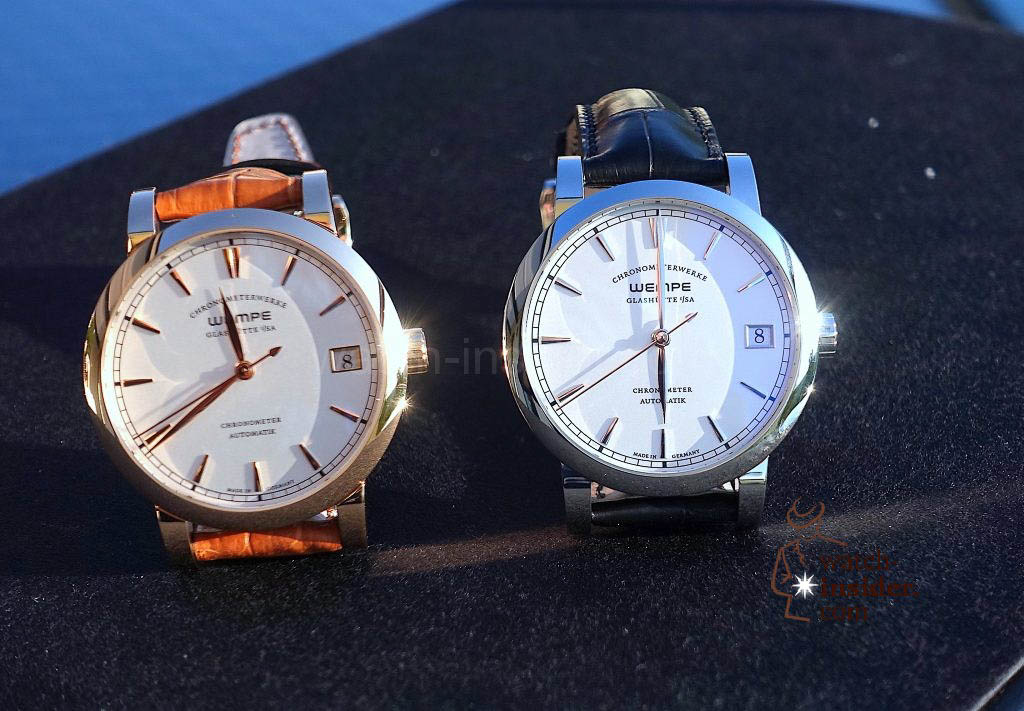 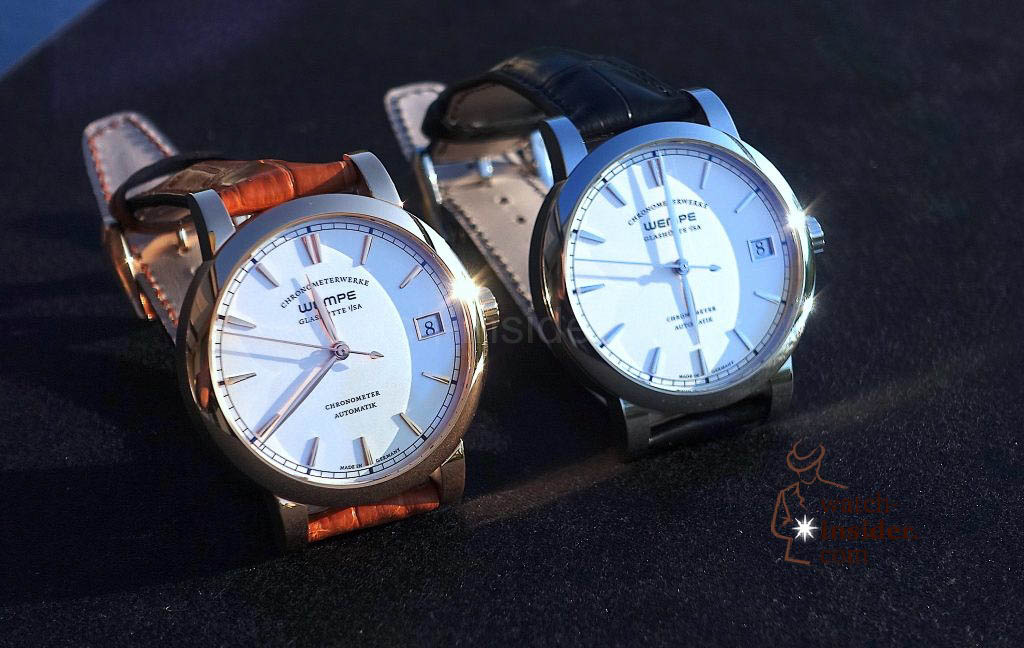